Digitalising the claims process needs “laser focus on the customer with technology as the enabler.”
This was the message of 360Globalnet’s chief executive Paul Stanley at the insurtech’s conference ‘The Digital Claims Journey’ in mid-November at the Shard’s Shangri-La Hotel, but he was hopeful about the insurance landscape.
Technology has altered expectations for customer service, churning up greater demand for digital engagement from insurers, John O’Roarke Aviva’s non-executive director pointed out.
However, “rather than react or be disrupted by change, we need to future-proof and invest to transform the claims process,” Stanley added.
Last year the insurtech released a series of three videos looking at how claims can go digital. 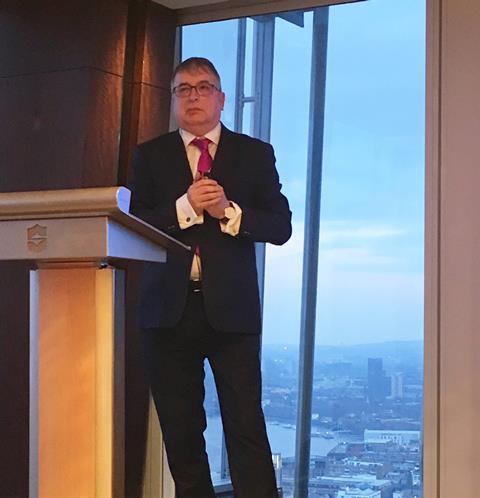 Go digital or go home
Recent research from 360Globalnet found that 94% of policyholders would go digital if this was offered but current insurance apps only experience a 28% uptake.
Benefits of this could include reduced claims lifecycles, lower costs, better quality evidence, faster fulfilment, less fraud and increased customer protection.
It cited that a typical motor insurer could double its profits over the course of five years by embracing digital claims.
Stanley added that one issue of going digital is “stitching this process together with legacy systems” deeming this to be somewhat of a “nightmare.”
Using Fred Flintstone’s car as an analogy for humans powering the claims system, he said “there’s too many manual processes.”
And he suggested employing experienced claims candidates while having them work closely with the chief systems architect.

But he added that “you have to have the patience of a saint to work in the insurance sector.”
James Harding, the firm’s chief operating officer gave a live demonstration of the new platform where audience members were asked to submit their own claim online using a short description with a photo or video.
He said that “insurers have an obligation to be proactive.”

Technology as a threat
Robin Merttens, independent consultant and analyst commented that “technology is often seen as a threat.”
He is also the co-founder and partner InsTech London and runs events around the capital to connect innovators, incumbents and investors.
He urged delegates to “up their game” in adopting technology.
While Stephanie Behnke, vice president of claims strategy at Hanover Insurance, told delegates that from her experience of over 25 years in the insurance industry, customers want “quick seamless interactions and a path to resolution.”
“As insurance carriers, we know what clients want – empathy, to communicate with us whenever and, however. And when something bad happens they want to tell their story.”
Matthew Smith, partner at KPMG explained that when something bad happens, policyholders want reassurance that they are protected but often insurance can feel like a “grudge purchase.”

Cultural change
Paul Clark, partner and managing director at The Boston Consulting Group believes that this shift to digital claims begins with a “cultural change.”
He said that compared to other larger industries “insurance companies are typically slower at delivering change,” due to cost and heavy management structures in place.
And the insurance sector is vulnerable when it comes to levels of engagement, because of the fundamentals.
He added: “We can’t change many of those, as it’s an industry that’s regulated, with products that span many years which are complex.”
Despite this slow technological uptake, Merttens highlighted although the UK is already two years ahead of the US, the technology gap is widening every year. 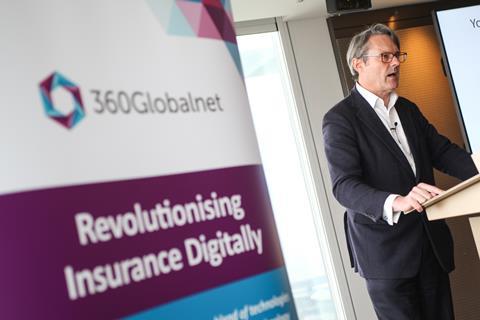 The “right approach”
Harriet Parkinson, head of portfolio claims at Hiscox, chaired a panel including all the guest speakers to discuss integrating digital claims.
The panel agreed that the industry was facing a “fundamental challenge,” but that disruption was necessary.
The “right approach” for digital claims in a global landscape however wasn’t a “one size fits all” model.
Stanley commented on how “life-changing” it would be if a singular piece of technology was configurable to all regions.

He warned of the problematic nature of touchless claims with customers self-selecting, explaining that “people are clever and will soon work it out.”
Meanwhile Harding pointed out that anti-fraud walls could be built inside systems.
Simon Yun-Farmbrough, executive chairman at 360Globalnet ended the day as he started with two final thoughts that you can both delight customers and collapse costs.
He reiterated his first point that “digital should be at the top of every insurers agenda.”