When accelerating digital claims capabilities, there are a few key areas that both boost customer satisfaction and enable insurers to slash operational costs. To help assess your own capabilities, here are 8 questions covering the main areas of digital claims.

Can your customers report claims easily online across all types of policy?
The key word in our question is “easily”. For the most part policyholders are being asked to do just too much before they can even start to report their claim. It’s commonplace to have to create an account and log in, or go and find a policy number. So under those circumstances why wouldn’t you or I call the number on the claims page of the website and report our claim the old fashioned way?

The benefits of pushing traffic into a digital channel are manyfold. An easy way to report a claim digitally will see customers and partners enthuse about a self-service model. The end to end experience will be engaging, informative and above all, faster.

For carriers this will allow effective distribution of work to adjusters, the removal of many mundane administrative tasks, and the opportunity to be far more efficient with all of the inherent cost benefits that are critical to a long term future.

Jeff Bezos has said that Amazon won’t last forever, and despite the fact that many insurers have been around for decades the same applies to the insurance industry. A managed program of strategic change is always more desirable than a forced one...

Can customers upload photos and videos of their claim directly into their claim record by phone and/or PC for any claim?
Seems like a simple enough thing to do, but quite often it seems that it can be turned into an awkward process. As recently as last year I had to submit photographs as part of a property claim for water damage. The only way I could engage was by responding to an email in which I could attach some images – and they had to be a particular file type.

Now combine this with the fact that some core systems restrict file sizes, and some don’t handle video too well, what should be a process that will deliver extreme benefits becomes clunky.

In our view, it's important to make a claim visible in every way. Rapid collection of image and video may well enable an adjuster to ensure that loss costs are minimized through rapid mitigation. LAE will reduce as key evidence is gathered promptly and effective and then “delivered” to the right person to make a decision.

It was Fred Barnard, an advertising executive, who said in 1921 that a picture is worth a thousand words. In these troubled times it could be saving a thousand dollars or more…

Can customers upload relevant documents directly into their claim file?
It’s so important to have a complete package of evidence in order to accurately adjust an insurance claim. That may well include documentation of some sort: perhaps a police report, or a damage estimate, or receipts for damaged personal possessions.

I have met many adjusters over the years who seem to get somewhat frustrated with the lack of a good structure and mechanism to make this aspect of claim handling easy.

I have heard of attachment to emails going astray, and paper receipts being lost before that can be attached to a claim file.

If a simple process existed to effectively collect documents as part of a digital process, either by way an upload or image then they can immediately form part of the permanent claim record. They would be instantly available for anyone with the right permission to view, and would potentially play a key part in settling the claim quicker, or even identifying potential fraud at an early stage.

Which translates into “The devil is in the detail”. If you can’t get fast access to the right level of detail then be prepared for fire and brimstone…

Can customers or contractors participate in live-streaming videos, triggered directly from your claims system?
Not all claims can be adjusted just from photos or even an uploaded video. For the most part, where there is significant damage, the norm is still for a field adjuster or an independent appraiser to be dispatched to “get eyes on” damage.

In many cases, this can be substituted with a high quality live streamed video which can be initiated and controlled by an adjuster at the desk. In a guided manner, policyholders can be directed to show damage as the adjuster requires, following a simple set of instructions to ensure that an adequate view of the claim can be obtained.

Additionally, imagine a situation where a contractor or auto body repair shop has found additional damage which they can’t address without the right authority to proceed. With a live stream this can be captured as a key part of the claim file with video and conversation there for all to see and hear. Critically, there is no delay in an instruction to proceed, meaning a significant saving in cycle time.

Once an online claim notification is received from a claimant, does your claims system then drive internal workflow automatically?
Let’s talk about this. The key assumption in asking this question is that the head bone is connected to the neckbone, and so on…

This really starts to focus on the question “what exactly do we mean by digital?”. Our experience has shown that for several this means little more than having a webform on a website. In some instances this input path is not joined up with the core system, leading to rekeying of data in order that the claim can be logged into the system of record. In this instance the first opportunity for automation has probably gone and the claim has already lapsed into the realms of “the way we’ve always done it”.

A robust digital path is end-to-end automated allocation of work, automation of previously routine tasks such as follow-ups, reminders, and indeed status updates. We estimate that as much as 40% of an adjusters time is spent doing “stuff” that really doesn’t need the full power of the human brain.

In 1936 Charlie Chaplin wrote, starred and directed the film 'Modern Times'  in which his iconic little tramp character struggles to survive in the modern, industrialized world. It is likely that some carriers will endure a similar experience with digitalization.

Does your system automate workflow and link together all the parties in your supply chain for customers?
All claim participants should have perfect and instantaneous knowledge of all information relating to the claim in which they are involved. Linking the supply chain into the process has endless possibilities and can pave the way for: effective appointment setting, progress updates, quality management and ultimately customer satisfaction.

We see scenarios with disparate systems not able to communicate key information in a timely way, which can lead to confusion, uncertainty and the inherent increase in telephone inquiries that so easily disrupt productivity. A platform hierarchy that enables secure access for all parties to have visibility of the process is critical to the success of a truly digital program and the key objectives of an improved experience at a fraction of the cost.

As Sir Arthur Conan Doyle once wrote of his legendary hero, “my name is Sherlock Holmes. It is my business to know what other people do not” Linking the supply together ensures that you have the mechanism to know pretty much everything.

My best guess here (and it’s not really a guess) is that we have something resembling organized chaos. Unless people are kept informed proactively, every step of the way then anxiety creeps in and they will probably use multiple channels to try to find out what’s going on.

This could be via their agent, who may then call in; or the policyholder may call themselves and/or send an email. In any event this creates inefficiencies that can be avoided by automating updates at every stage.

I had one client where adjusters used to spend the first 45 minutes of their day responding to voicemail messages. Proactive communication removed this activity completely, instantly increasing time available for the adjusters to make the more difficult decisions.

In the annals of military folklore is the story of the supposed orders being sent by a British unit in World War 1 that was sent as "Send reinforcements, we are going to advance" but received by the headquarters as "Send three and fourpence, we are going to a dance".

Whilst it may not be a matter of life or death, clear communication is an essential part of digitizing the claim process and will eliminate waste and contribute to a great experience.

Can you settle simple claims end-to-end with no human involvement?
So I think we’re talking about STP, or Straight Through Processing. High volume low value claims being handled on a low/no touch basis should be a given.

To achieve this a number of key factors need to be in place.

Imagine creating a self-service, straight through process model for 20% of your simplest claims in terms of cost alone. Then consider the wow factor that can be created which would go some way to ensuring that long standing customers don’t defect when the going gets tough.

In the early 1990s, Dr Howard Schneider developed the first retail self-checkout system (called “the service robot”). They have grown in popularity and acceptance ever since and can reduce operating costs at check out by over 20%...

If you'd like to know more about how we can help you with digital claims, feel free to get in touch. 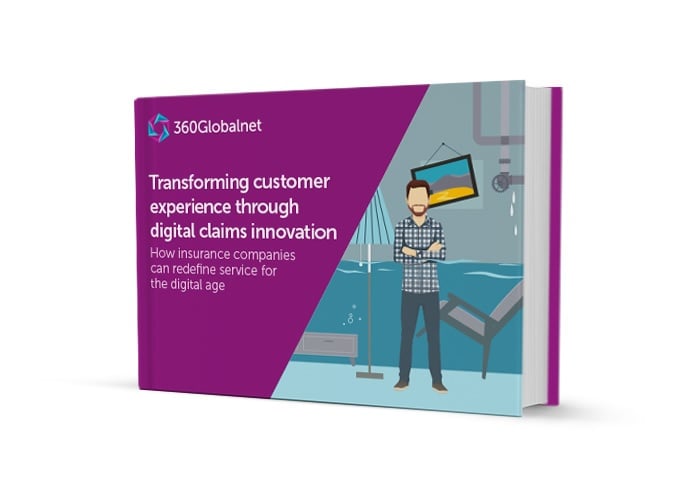